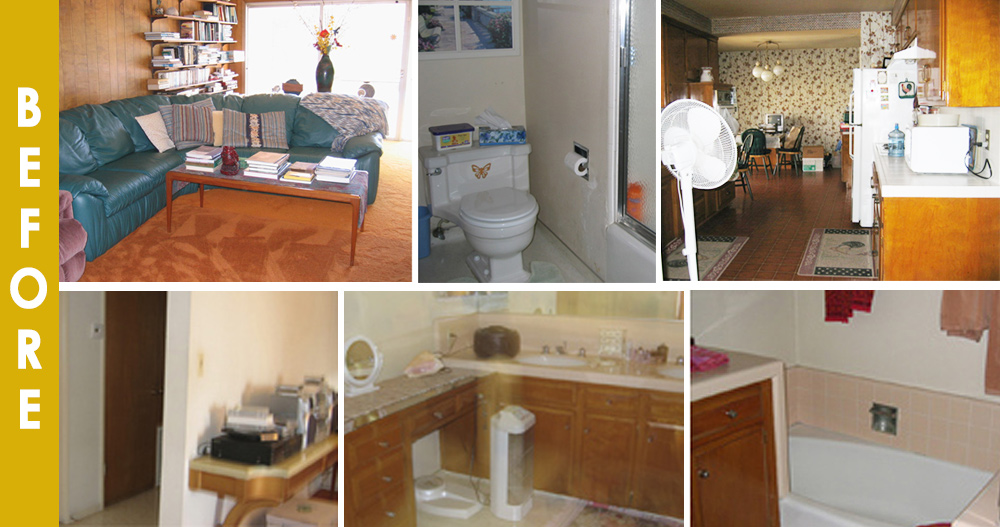 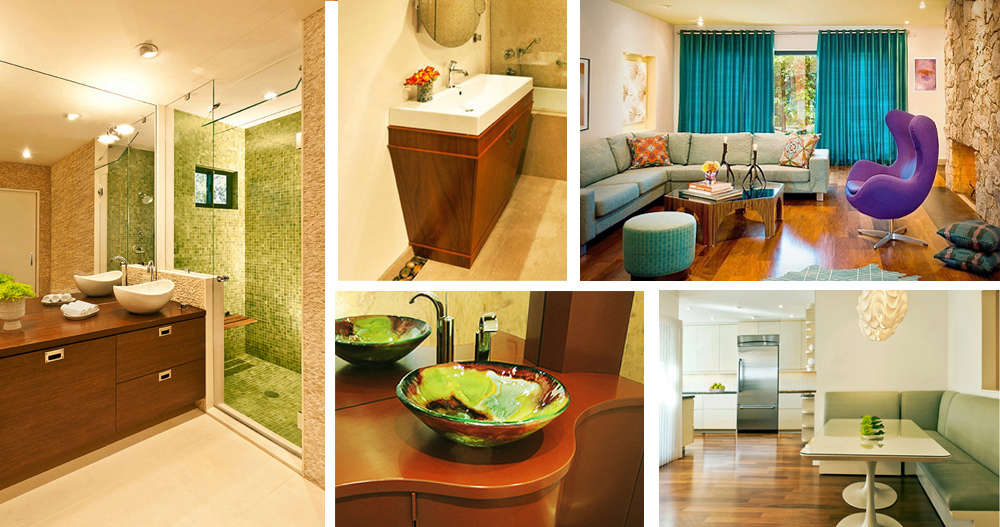 I quickly learned that my client had been through a significant amount of trauma from the loss of her husband and son. I was aware from the beginning that she felt stuck in her life and was surrounded by an environment that was cluttered with an excess of belongings that defined painful memories. Her decor style no longer reflected who she was. These aspects had a profound effect on her mental state and quality of life.

I was hired to design and remodel her entire house. Through the process I saw emotional clutter throughout. My approach for this healing space project would be more like interior therapy. It became a wonderful example of how the visual design concept combined with the intention to trigger a deeper sense of healing during a period of transition can have a great impact on the healing process and strengthening one’s inner fortitude.

I was once asked if the way a space is set up can contribute to one’s depression or if the depression was responsible for manifesting a cluttered space. It is an important distinction. If the home was the contributing factor, then we needed to change the sensibility of the home. However, if the depression was the promoting factor, then we would know the power of our sensibilities on our environment. In other words, if depression can change a room’s dynamics, other factors can reshape it also.
The kitchen had a static, aloof layout caused by walking into the sides of the cabinets. Nothing invited you into the space. It was dark and felt stuck or stagnate. I examined the way the light and air could move better throughout the space, how I could create a floorpan that would make her feel more embraced and come up with a design that would showcase the best sides of herself and the aspects in her life that would make her happy.

I began by exploring her personal goals, life patterns, and visceral responses to color, textures, and decor styles. What I found was that she loved rounded edges with clean modern lines. Feng shui was the underbelly to every major decision, I looked for ways to create more connectivity in the floor plan of each room, triggering a comforted feeling.

I began by exploring her personal goals, life patterns, and visceral responses to color, textures, and decor styles. What I found in going through the process of interior therapy was her love of the mix of rounded edges with the clean lines of contemporary and mid century modern designs. Applying design psychology, I was aware of how the space was triggering her. When she got how the space was triggering negative memories and insecurities, she began the first steps to empowerment and healing.

We re-designed her kitchen from a fussy, constricted, outdated space into a modern, open, welcoming hub where she loves to entertain. Her master bath, incorporating natural stone and custom marble tiles, became a decadent, grounding retreat. Throughout, I opened up the floorpan to allow for better air, light and overall flow.

I relied heavily on my upbringing in Feng shui as it became the underbelly to every major design decision, including pushing out the exterior wall to remedy her missing relationship area, replacing a wall of cabinets with sliding doors to allow a flood of natural light to come through and opening up the wall over the banquette to literally enhance the flow of air as well a dynamic visual and the feeling of expansion.

Designing a healing space starts with the awareness that you are like an interior therapist, looking for ways to increase inner and outward connectivity. I immediately noticed that the floor plan was working in the opposite direction. One example of how I shifted that was placing the stove top (not seen) so that she could cook while conversing with her guests at the banquette and using the seating to draw you into the space in a welcoming way from the kitchen entrance. This gave the feeling of comfort while putting her in a position to look over her domain from the chef position. Where as a feng shui room design brings a sense of harmony and warmth to one’s space, psychology and interior design creates a more dynamic environment that fully reflects her sensibility and supports her emotional life. The painful memories were removed and replaced by strategic items and visual areas that trigger a feeling of inspiration for her on a personal level.

I can report that my client has been in a happy relationship for years since the project was completed. She has come one of my lectures to talk about her experience of going through this process which helped her get past the trauma she had gone through before we began. The transformation of her space gave her a dwelling that supports her on a deeper level. Her old environment reflected what she thought she was suppose to be when they moved into the home in the late 1950’s and over time never allowed her to grow or reflect the nuances in her personality that make her special. Once she realized how her space had been triggering her on an emotional level, it was like watching a butterfly emerge. In the end she was able to live in a sanctuary for her deepest self to thrive. I am grateful to have been a part of her journey which became so much more than a typical interior design project.